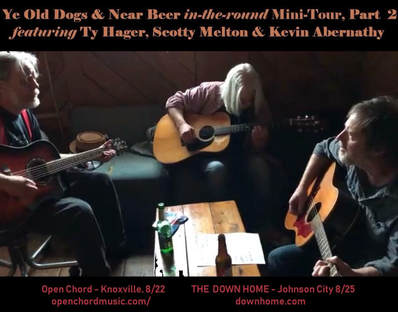 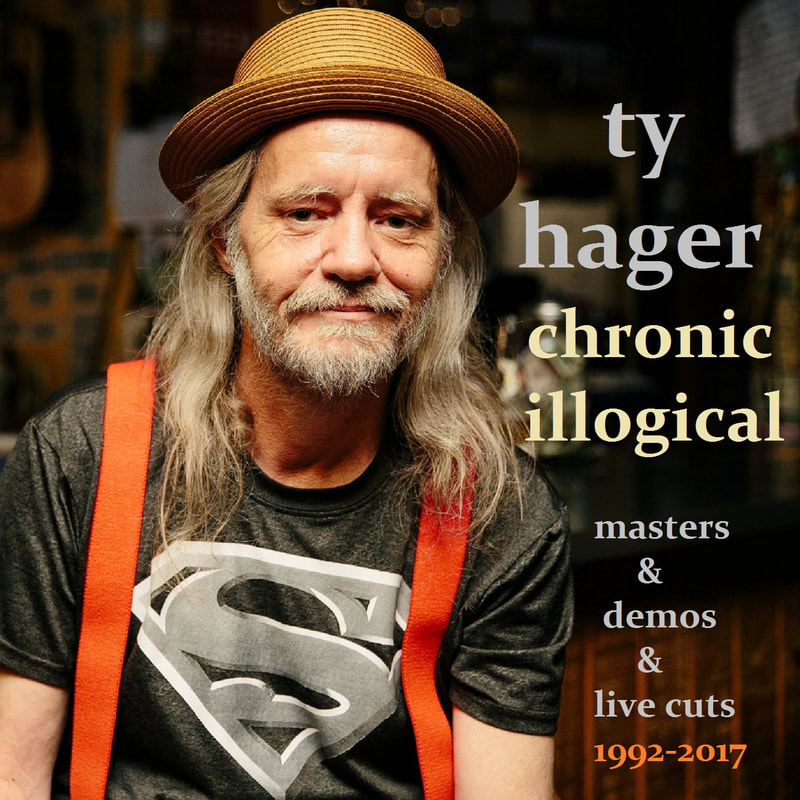 Over 30 years of writing and a quarter century of recording come together on this 50-song digital collection! All of the sometimes hilarious, sometimes tragic (sometimes both) original tunes from both of Hager's Winthrop Records releases, plus twenty-five additional demos and live tracks, including songs with his long-time band "The CowTippers."

The debut video from "Chronic Illogical" ...because it had to be done.

The whole Anthology, 30 seconds at a Time!

COMPLETE TRACK LIST/PREVIEWS OF ALL SONGS AT
​CD BABY

Don't need downloads? Get both of Hager's Winthrop Records releases mailed to you! Only $15 each or both for $25. Shipping included! (select from drop-down menu, please allow up to 2 weeks)

​FEATURED TRACKS
(with year of composition)

​CAT DREAMS (1987)
I wrote this at WCOR in Lebanon, TN. Recorded by Steve Goodie at his Nashville studio in 1992. He played all the instruments. This was the first song I played at my first Sunday night writers show at the Bluebird Cafe in Nashville in 1994. And look at me now! This was on my very first EP, "A Fairly Decent Tape, and It's Only Five Bucks," then on 2003's "Funny Ha Ha, Funny Strange."
LYRICS
ALIBI (1996)
Wrote this one in a little room I rented across the street from Belmont University in Nashville (if you read my novel, this is where I swear to God I got that squirrel high). Recorded at my apartment in downtown Nashville a couple of years later by J.D. Madrid, who plays lead and sings back-up. This one's damn near a novella.
LYRICS
EVIL CLOWNS FROM OUTER SPACE (1995)
I wrote this one about Shelley, who was my girlfriend at the time. She wasn't as crazy as me, but not for lack of trying. We recorded it that same year at Steve Goodie's Nashville studio. With Eric Teplitz and Carco Clave, plus me an' Steve. Also recorded "Pain" and "Hey Keith" and some others at that session.
LYRICS
LITTLE ANGELS (2000)
​Written on the occasion of the birth of Kevin Abernathy's first child, Roxanne. It made me think of my own girls, whom I never saw, and still rarely see. I can't listen to this one without crying. Recorded at the '04 LA session with Steve Goodie.
LYRICS
SIGN LANGUAGE (2005)
One of the first songs I wrote when I came back to Nashville for another three years. On "Songs About Life and Girls," I kind of thought if funny that a blind guy (Johnny Neel of the Allmans) was playin' on a song about a deaf guy.
LYRICS
HEAR MORE FULL-LENGTH SELECTIONS ON REVERBNATION
NOW AVAILABLE ON AMAZON:
THE COMPLETE LYRICAL COMPANION
(.99 on Amazon, free PDF with Download Purchase)

For more than a quarter-century, Ty Hager has been making people laugh.  Sometimes he makes them think too...but mostly laugh.  He began as a stand-up comic in Nashville in the late 80's (even appearing on national TV), then turned his focus to songwriting - albeit much of it goofy songwriting.  He struggled at that for twenty years - writing hundreds of songs and playing hundreds of shows - before landing a deal with Winthrop Records in 2002.  He recorded two CD's - Funny Ha Ha, Funny Strange and Songs About Life and Girls (but mostly girls) - over the next five years with Winthrop (getting some national airplay), then moved back to Oklahoma in 2008, where he spent the next years hosting morning radio shows, then producing and hosting a show on the American Forces Radio Network.  In 2012 he spent six months writing his first novel, Diary of a Dead Guy, about a murdered country singer channeling his memoirs through a 12-year-old redneck kid.  He also compiled transcripts of his interviews with hit country songwriters (from the aforementioned AFRN show) into Nashville Songsmiths, which is now also available as an audio book.

Ty returned to Nashville in 2016, and reunited with his band the CowTippers for live shows and recording.  He's also completed the script and is working on the country opera adaptation of his novel. In addition, he owns and operates BARGAIN BANDSITES & BIOS, creating websites for other bands, songwriters, and entertainers.

This is your one-stop website to find ALL of Ty's shenanigans - musical, literary, and the what-not.  Lots of music, lots of laughs, lots of what-not, lots of fun for kids of all ages! (may not be suitable for kids)
All photos by Annette McNamara
BOOKS          THE WHAT-NOT          COWTIPPERS          CONTACT